Why It’s Good to “Hold the Press!”

I had a couple of ideas for the strip that I would run on Monday, and even had time over the weekend the I could’ve used to work on one of them, as well. In most cases (with time to spare) it would’ve been much easier to get to work and get one more strip “in the can” so I could work on other things, however, I knew there’s was a chance something funny-worthy would happen during The Oscars, so I waited. 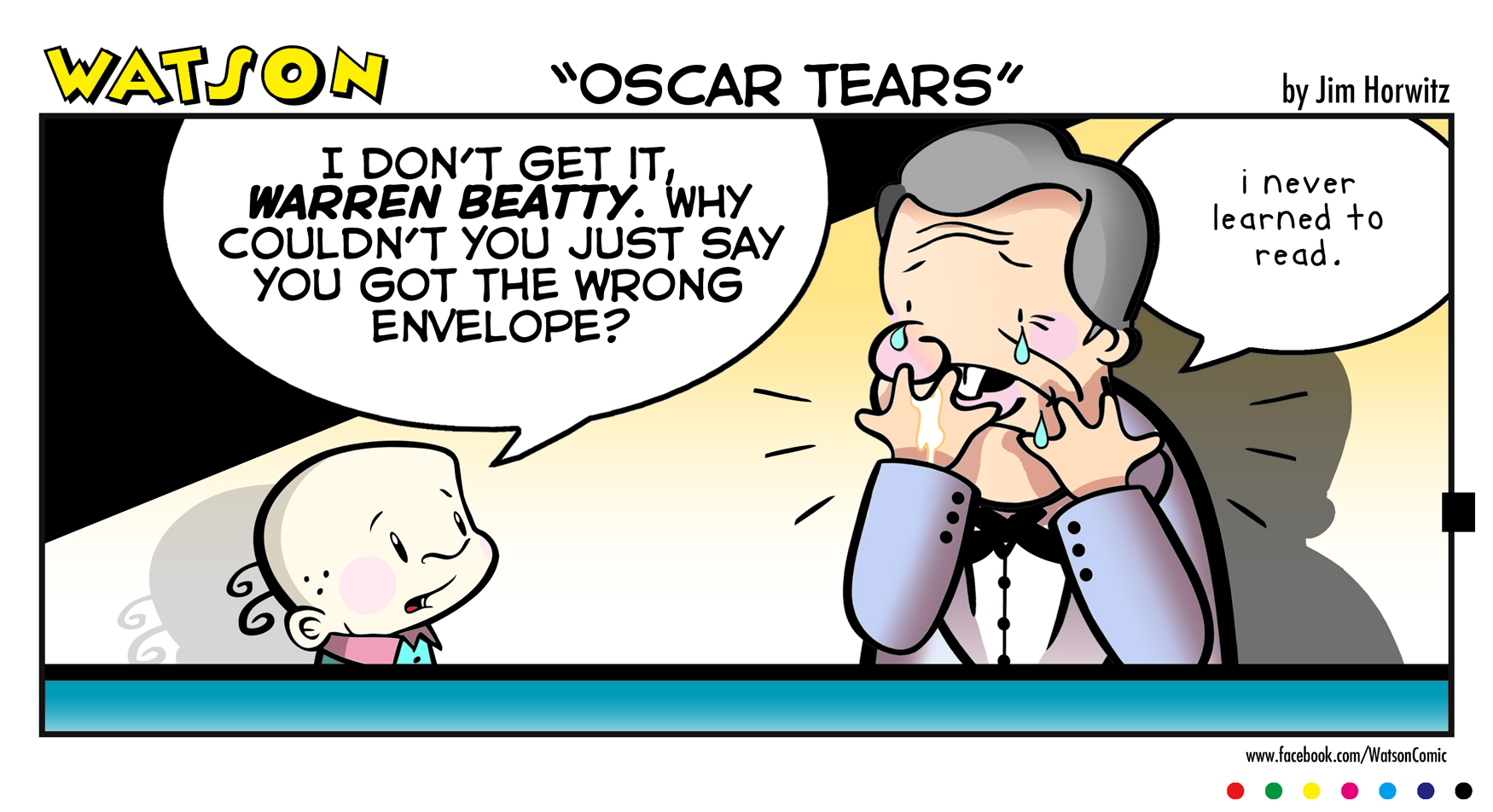 While I don’t wax too philosophical about the few minor benefits of publishing strips on the web (no boss, always poor, can’t find the cat), the ability to wait ’til the very last minute to deliver a topical punchline is always pretty great. Then again, there is that notion of trying to create a strip that will stand the test of time: something that will be funny in or out of context, tomorrow or twenty years from tomorrow. To that point, I feel an artist’s best work (mine at least) probably works a bit better when it best serves the readers and folks of my era while I’m here. I’m more than 110% sure that there’s work from centuries of other artists that rang “more true” in their time more so than it does in ours. I think that’s just the nature of culture and time. I think if I had to think about how my strips would age before drawing them, I’d never get anything done. I don’t think anyone would.

That said, in less than 9 months, I think the gag of the strip will be completely dead. Anyone reading it will have no idea what the heck it means. And, that’s just fine. 109 years from now, no one will have any idea who I was, or perhaps that I was even here. — That’s fine, as well.

With the time I have, with the time we ALL have, I think I’m just going to keep on writing jokes that we can all enjoy at our own party while we’re all here. They may not make sense to anyone else once we’re old or gone, but by then all those future-folks will have their new jokes and new toys, and will have their own fun to have. – It’s just as well. None of this (Jim points around) was ever meant to last. – Let’s just all have fun while it’s our party and leave the lights on for the next group in.

As soon as I picked up my pen I knew my drawing wasn’t going to look a thing like Warren Beatty.
That made it even better.