My Slice of (The) Onion 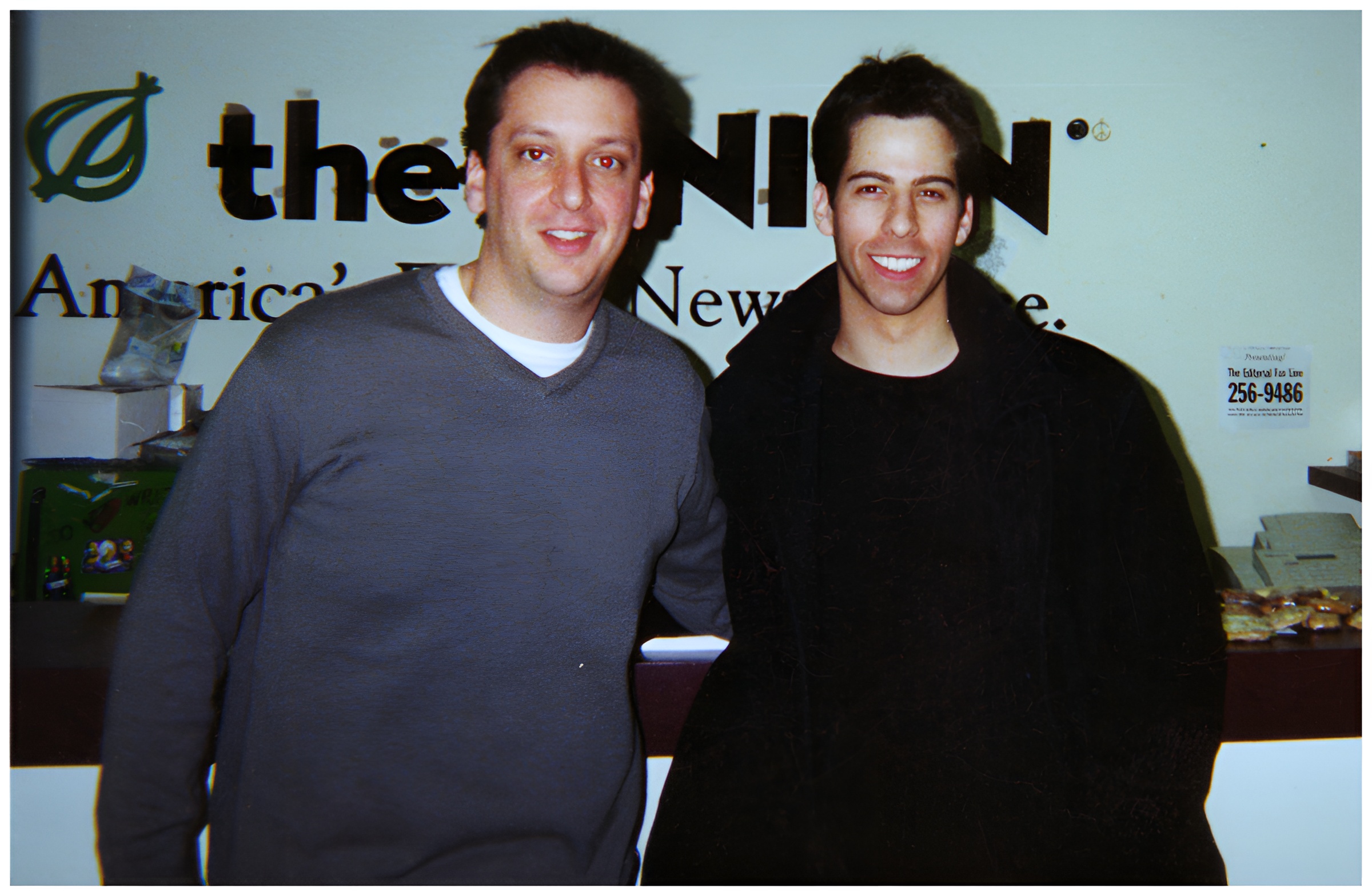 (Oscar-nominated writer (then Editor-in-Cheif) Robert D. Siegel and  me at the office.

In the past few years, as Watson has become more popular, it’s inevitable that a few readers want to know what “funny writing” experience (if any) I’ve had in the past, and how did I get started drawing comics. Well, the drawing comics part is an ongoing story that started when I was around four-years old, but the funny writing part is a topic I can never fully steer through without mentioning The Onion. While I wasn’t at The Onion that long (just a few years), I definitely think it was a good experience, and taught me to think about writing for an audience I can’t see.

As many would agree, The Onion is still somewhat shrouded in mystery, and that’s always what made it fun. I was a headline writer for The Onion from late 2001-2004, and wrote a lot of very silly headlines. The Onion’s editorial board was always (and still is) super tough, so most or my worst (best) headlines never saw the light of day, but are still rattling around somewhere on my computer.

For your consideration, here are a few of my favorites, all of which were unpublished.

4. Stephen Hawking and Christoper Reeve Duke it out in Armored-Wheelchair Blitz.

Like my Watson strips, all my headlines were twinged with a strange, 80s/90s-brand nostalgia that was probably more funny to me than anyone else. – Of course, there are few headlines I wrote that did make it into print, but those are far less interesting.

Obviously, there’s more to tell, but that’s for another time.