I’ve been TOTALLY WRONG about how long I’ve been publishing “WATSON.”
As it turns out, I’ve been drawing Watson for 13 years, not 9.

I just found a whole bunch of old stuff – old website stuff and syndicate samples – that totally jogged my memory. I just realized (remembered) that I came up with the idea for the strip (exactly) on June 26, 2006 after a visit to see Hilary Price, started drawing it shortly thereafter, and then submitted different versions of the strip to the syndicates in 2006 and 2008.
My memory on this was so bad.
I remember submitting some strips once, but I thought it was much later.

As it turns out, I was publishing strips on my old Watson website in 2007, but thought it was much later, too.

All this time I’ve been telling people that Watson didn’t start until October 2010 when I first started posting it on Facebook, but I was very wrong.
Since starting the strip, the Watson website (which is now quite good) had crashed and re-built several times.
It’s much harder to keep track things once one becomes a parent and “gets old,” but that’s why store things on paper.

I’m the WORST cartooning parent ever.
Sorry Watson and Fudgey.
You’re now much older and wiser than me. 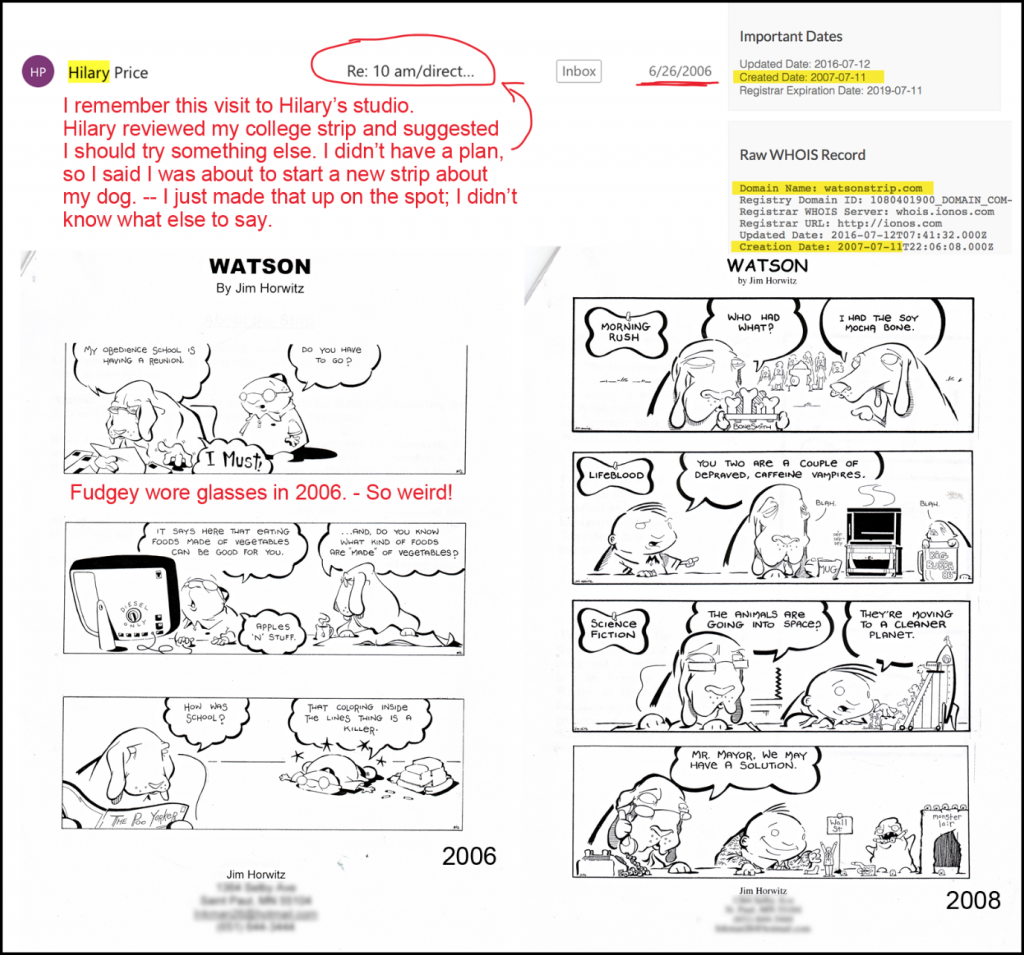